Out of the four sections featured in every issue of Girlz 4 Christ Magazine (Godly Girlz, Girlz in Action, Beautiful Girlz, and Fun 4 Girlz), my favorite has always been Girlz in Action. I like the encouragement found in this section that inspires readers to live out their faith. I also like how we can meet some of our sisters in Christ in these pages of the magazine. In 2016 we introduced the “Girls Around the World” column in the Girlz in Action section, which just might be my favorite part of the magazine!

Travel and global connectivity are big passions of mine, and I like how Girlz 4 Christ has reflected the need to know our neighbors from every country since the very beginning. In our first issue, the cover feature was a girl from Peru. I really like how Girls Around the World continues this legacy in a constant, meaningful way. Here are the girls we’ve featured over the past year, as well as a sneak peek with the girl you’ll meet in the Winter 2016/17 issue! If you don’t receive Girlz 4 Christ Magazine, click here for a free subscription so you don’t miss out!

“Visit Italy because it has a lot of sites to see, like the Colosseum and the Vatican in Rome, plus the Duomo, the Pisa Tower, Venice, Florence, and many other places of interest. Italian cuisine and fashion is one of the best in the world.”

“You can’t really put Australia in a box and limit it to just one thing! Australia is huge, and there is so much to see and do. Uluru is a definitely a national landmark, along with the Sydney Opera House, the Sydney Bridge, and the Great Barrier Reef.”

“I personally think that the Isle of Barra is a truly beautiful place with a whole range of things to do. Barra is the only place in the world where the plane actually lands on the beach! It’s very amazing to watch it land and take off! There is also a castle owned by the Clan MacNeil in the bay, you have to go out in a small boat to visit it.” 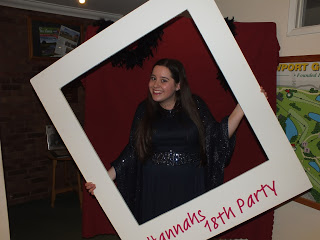